Combining a Visit to Vancouver with a Seattle Trip 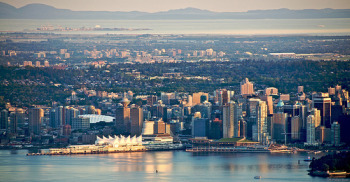 With the Olympics coming up, there’s been a lot of media focus on Vancouver lately – including a recent article right here on WhyGo Seattle about making a trip up to British Columbia from Seattle in order to see some of the events. But if you’re not a major Olympics fan and you don’t already have your travel arrangements sorted for an Olympics trip, it might be more hassle than it’s worth at this point.

Does that mean you should forget about a visit to Vancouver entirely? Absolutely not. As much coverage as the Olympics gets, the whole thing only lasts for a few weeks – so in no time at all, the 2010 Olympics will be in our collective rear-view mirror and we can go back to thinking about a more typical side-trip to Vancouver from Seattle – one where the whole world isn’t watching.

Luckily, even people who are just visiting Seattle can make Vancouver a reasonable side-trip, as the two cities aren’t too far apart. Even if you’ve flown into Seattle’s SeaTac Airport (which is about 13 miles south of Seattle itself), you’re still only a 3-hour drive from Vancouver. If you’re already in downtown Seattle, it’s a shorter trip. And there are a couple easy ways to get back and forth without needing a car, too. There’s the Quick Shuttle buses that run from downtown Seattle into downtown Vancouver and Amtrak trains that connect the two cities. You can learn more about your transport options for getting from Seattle to Vancouver.

While the prices on hotels in Canada aren’t traditionally exceptionally high, hotels in Vancouver have understandably jacked up their rates for the duration of the Olympics. So visiting Vancouver after the big events leave town is a great way to save money. There are several excellent hostels in the city, too, most of which seem to be booked solid for the Olympics but will undoubtedly clear out quickly (and become much cheaper) after the Olympics are over.

Combining a trip to Vancouver with a visit to Seattle is a fantastic way to see two vibrant West Coast cities in one go. They’re similar enough so that if you like one you’re bound to like the other, but there are enough differences that it’s well worth it to see both.