Domestic or International Travel from Seattle this Summer? 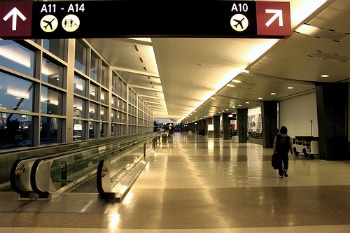 Hey, Seattle, we’d know you like to travel – so we’d like to introduce you to a new website that’s designed to help you find the best deals on airfare from Seattle more quickly. It’s a new BootsnAll site called GettingFrom.com, and simply by typing in the city you’re flying from you’ll be able to see the lowest airfares available. The list is updated every day, so no matter when you check in you’re getting the most updated deals.

Not long ago we took a look at some of the best deals from airports all over the U.S. – including Seattle’s airport – to see what kinds of prices on airfare were available. We were curious whether the rising cost of fuel would impact both domestic and international airfare the same, or if there would still be some bargains out there. Thankfully for those of us who don’t have unlimited travel budgets, we still found some deals.

>> Read more about what we found out about domestic vs. international travel from Seattle this summer

You might assume that the best deals we found were on domestic flights, and you’d be right – a $237 August fare to Las Vegas was the best deal, and the one that came in at under $300. But if you’re willing to spend more than $300 and you’re not interested in Vegas in August, there are more great fares available. For $344 you could fly to New Orleans and for roughly $480 you could fly to either Anchorage or Honolulu this summer.

Perhaps the surprise bargain of the bunch, however, was the round-trip fare to Beijing from Seattle – it came in at $841, almost $500 less than what you’d pay to fly from Seattle to Europe this summer. That’s an excellent price, and Beijing can be the perfect launch point for a trip around the extremely cheap region of Southeast Asia, too.

Prices on flights change frequently, so being able to see the best deals from Seattle every day can help you save money on your trip instead of thinking you have to stay home this year.