Going to Vancouver for Spring Break 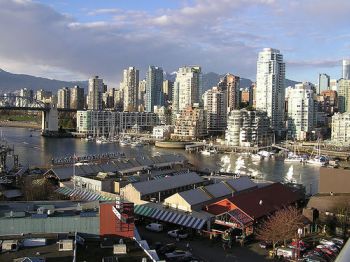 While there are plenty of people for whom the mention of “spring break” means there are no viable travel options that don’t involve a beach, not everyone heads for Florida or Mexico over spring break. In fact, not everyone heads for sunny weather – some people take advantage of one last opportunity to go skiing or snowboarding before the warmer spring and summer seasons hit.

For those snow-loving folks, a trip to British Columbia over spring break can be an excellent idea. And for anyone traveling from the Seattle area, it’s a pretty easy trip to make.

From Seattle, you have a few options for getting up to British Columbia. It’s kind of a toss-up between taking the train to Vancouver or flying, and which you choose depends mostly on your budget and how much time you have to spare. It can be quicker to hop on one of the many flights to Vancouver from Sea-Tac Airport, but if you don’t get lucky with great deals on Alaska Airlines or another budget airline connecting the two cities the train may be the more budget-friendly option. Frankly, if you live in Seattle proper it can feel a little funny to drive south to the airport only to fly north again, anyway – especially when the train is such an easy alternative.

Vancouver is a good base from which to explore the area’s many ski resorts, and even if you get a good deal on lodging for a few days of skiing or snowboarding in a place like Whistler, chances are good you’ll pay more for a bed up there than you would at one of the hostels back in Vancouver. To keep costs lower, you can split your time between a few days spent skiing or snowboarding until you can’t stand upright anymore, and then a few days based in Vancouver at a hostel instead of a more expensive Whistler hotel. There are more options for dining out in Vancouver than in Whistler, too, with all kinds of interesting ethnic cuisines available at all price points. You can let your taste buds travel much further while you stay planted in one city.

The weather in Vancouver in March and April isn’t always sunny, but that’s only disappointing if you go there in place of a trip to a more tropical location. If you’re less beach-inclined and still trying to figure out where to go for spring break, Vancouver and the rest of British Columbia can be a great choice.