Visiting Tennessee for the Bonnaroo Festival 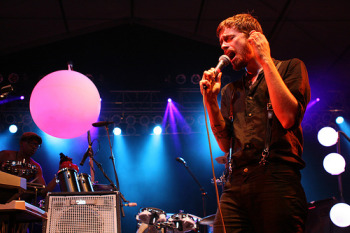 Seattle is full of music fans – this probably goes without saying (but I said it anyway). But if Bumbershoot isn’t enough for you this summer music festival season, consider making a trip to the great state of Tennessee for Bonnaroo.

And don’t even think of making any wise-cracks about Bonnaroo being a festival with a funny name, because, c’mon – Bumbershoot?

You’re probably aware that the city of Nashville is a mecca for musicians and music lovers from all over the place, but it’s a 700-acre patch of Tennessee farmland that hosts the fantastic Bonnaroo festival each year. Top-name artists make their way to central Tennessee each year to perform for tens of thousands of eager fans – and you could be one of them this year.

There are some package Bonaroo travel deals you can get to go to the festival that include things like hotel and transportation, but it’s also sometimes just as easy to find cheap flights to Nashville – especially if you’re hoping to make friends and camp at the festival site. Nashville is the closest airport to the music festival, and Bonnaroo runs a regular shuttle back and forth from the Nashville airport to the festival site, so the sleeping arrangements would be the only thing left on your travel list to organize. And you could always convince several of your pals to go with you, rent a camper van, and become a host for other wayward travelers.

Bonnaroo is from June 10-13 this year, so you’ve still got time to arrange the details – like reserving Seattle airport parking and figuring out who’s going to feed your cat while you’re gone – before the bands hit the stage.