Going to the Vancouver Olympics from Seattle 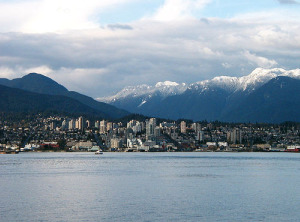 When the Olympics came to Salt Lake City in 2002, I didn’t think about it at all. True, it’s partly because I’m not a huge Olympics fan, but I also thought, “Salt Lake City is not the place where I live, nor is it a short drive from my house.” I didn’t count on my husband’s affection for the winter games, however, and off he drove with a friend to spend a few days in Salt Lake.

I’m predicting a repeat performance in early 2010 when the Olympics arrive in Vancouver.

For those of you who live in Seattle, a visit up to Vancouver to see some of the Olympic events may be a no-brainer – it’s close, and it’s a super-cool city even when the Olympics aren’t in town. Of course, for Seattle-ites it may be even easier to go to the Vancouver Olympics by driving up, since the prices on air tickets to Vancouver are likely to continue to rise. In fact, for some people coming from outside the Pacific Northwest it might be good to look into flights to Seattle along with Vancouver – you may score a cheap flight into Seattle and can then make a road trip north.

Accommodation is another matter, however, since it’s not terribly efficient to plan to spend lots of time in Vancouver for the games but book a room in one of the cheap Seattle hotels to save money – no matter how much money you’ll save on your hotel in that situation, you’ll pay for it umpteen times over in hassle. On the other hand, chances are good that Vancouver hotels are getting booked up quickly as we speak. So if you know you’ll be going to the Olympics, you’d better book your room ASAP.

The bottom line is that even if you’re relatively close to an Olympics city – like you are when you’re in Seattle for the Vancouver Olympics – you’ll need to sit down and do some planning in order to make the trip come off without a hitch.

>> Find more information about Vancouver Olympics travel deals, including other airports you can fly into for Vancouver and how to get to Vancouver directly from the Seattle Airport.