Where to Watch the World Cup in Seattle 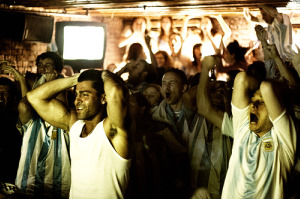 If you didn’t plan well in advance to see this year’s World Cup in person – and if you’re not willing to shell out the big bucks for a last minute trip to South Africa – then you’re watching the games on TV. There are lots of reasons why watching the games from your own home is a desirable option (not least because the earliest games come on at 4:30am on the west coast), but if you’re the kind of person who prefers watching sporting events with other sports fans then you’ll want to find places in Seattle showing the World Cup.

Luckily there are quite a few bars that regularly show sports on their multiple screens, and many are opening early to take advantage of the 7am games. If a bar doesn’t have a confirmation on their website that they’re showing World Cup games, however, be sure to call ahead of time so you’re not disappointed when you show up. Here are some of the best places in Seattle to watch the World Cup.

>> Don’t forget to pay particular attention to the Swiss team – one of their players, Blaise Nkufo, was just signed by the Seattle Sounders and will arrive in the Emerald City after the World Cup.

Need more options? This map from the Seattle Times shows places that will have the World Cup on TV, which is helpful for choosing where you’ll go based on where it is in the city. And this list of soccer bars in Seattle is also a good reference, during the World Cup and when any soccer games are on TV.